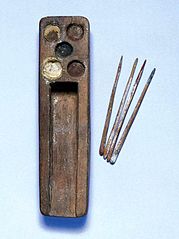 It boggles my mind that those in the neopagan and Wiccan community that believe in the law of return also believe that it is perfectly ok to download books and music of authors in the form of PDF’s online.  There are those who honestly and sincerely believe that “all knowledge should be free and made available to everyone”, or they spout some twaddle about being “poor pagans.”  Yet these same people think absolutely nothing of quoting the “Law of Three” or “Law of Return” when it’s situationally expedient for them to do so.

A bit ago, I reposted a piece from another blogger.‘Stop stealing from your fellow pagans!’

With all the latest news about plagiarism in the news after Melania Trump copped major parts of First Lady Michelle Obama’s 2008 DNC speech, I am always amazed at how often the plea for folks in the so-called pagan “community” falls on deaf ears  Maybe the hearers or readers of the message simply don’t care.  Maybe they simply cannot relate, and tell themselves there is absolutely nothing wrong with stealing the hard work of others and reposting it.   For years, I have seen many even dare to take entire passages from websites or books and even pieces of art and pass them off as their own.   They think nothing of using plagiarism as a way to show off to the community that they are somehow “someone in the know.”

Most of the books that I am seeing posted in places such as Facebook and Tumblr as in this post.Master PDF list  are also publishing scores of books that are not in the public domain but raather are under copyright (the life of the author plus 70 years).  Many of these authors are friends of mine,  and they  have given of themselves.  In this particular example, I have let a few of them know. Of course, given the nearly 2,000 times that Tumblr post was reblogged,  combatting the problem is whole lot like spitting in the wind.  When you call someone out about it, they accuse you of being a hater, a bully, or a shill for the greedy publishers who want to deny them knowledge.

What it is about are the men and women, the elders and mentors, authors and artists whose work we admire who more than deserve to be fairly and justly compensated for their work. What so many people assume is that these people are somehow rich because they are a BNP (Big Name Pagan).  Too many of them struggle with expenses just as much as their audiences do and those works are what keeps a roof overhead, the doctor paid and gas in the tank while they make it to the next gathering, book signing, appearance and so on. How many who do this sort of thing would justify someone breaking into their own home, taking stuff out of their fridge, siphoning the gas out of their gas tank or just helping themselves to whatever else and not object to that?  Why then,  should it be any different in the digital world?

In the Facebook and Google+ communities I have a policy:  If anyone posts or even so much as asks for a list of free, plagiarized material, that person will be removed, they will be reported to both the website, the author or artist and the publisher.  Much of this is based in not only self righteous indignance but just ignorance about copyright and how our creative people are compensated.  They just see the cover price and make the assumption that most of the money goes to the author. Many only see pennies on the dollar if they are with a large publishing house, and now with what Amazon is offering via their Kindle Unlimited program it can be barely anything at all.
Of course, that can be frustrating when a book is out of print, the author has passed to the West and the estate has no plan to reissue the works – or copies that can be found are in the realm of price gouging, getting one’s hands on a book that one really wants or needs for research can be maddening.  There are things such as Interlibrary Loan where a request for a book can go out to all libraries in the program who may have a copy of that work for low cost or no cost to the library patron.  Many works are in the public domain and can be gotten for free.

Another solution is that many scholarly works, for example,  are offered for free as a download from the University Press that offered them in the first place.  I have gotten some near-to-impossible books in the realm of Egyptology that way and all obtained legitimately. Companies often will release a report for free about a topic or notes from seminars for free.  There are tons of works through the Creative Commons. It really does not need to come down to copyright theft,  but too often it does.

Many of those authors who are now being blatantly stolen from on a regular basis, as well as their agents and publishers if they have them, are on a Facebook group called Pagans Against Plagiarism.  It isn’t a perfect system, but suffice it to say that those of us who write, have small businesses and care about this issue have each other’s backs.  There is regular reporting of these links among the membership – so if you have a database of “free” PDF’s of stolen works, it is likely you will be served with a DMCA notice sometime in the future.   We may not be able to fully stamp out the practice of theft amongst the hypocrites who like to quote the Law of Three or the Law of Return that is akin to the fire and brimstone many were served up in their parents’ religion, copyright laws are put in place for a reason.

In an ongoing situation such as this one, all I can say is that I wish them Ma’at in every sense of the word.

5 responses to “Ongoing Copyright Hypocrisy in Our Pagan Communities”